Using Our Noodles So Cooks Can Strain Theirs

We’re proud to say that Motivated Marketing’s very own TJ Sack has ushered in the age of strainer enlightenment. (And yes, that’s definitely a thing.) TJ and his partner put their heads together to cook up a brilliant idea – one that makes an unsavory kitchen chore much more palatable.

Anyone who’s scrubbed dried pasta from a strainer knows how aggravating the task can be. And how many times have you relied on your nearly forgotten Tetris skills to jam a bulky strainer in the cabinet or dishwasher? Too. Many.

Out of these frustrations, the idea for the No-Brainer Strainer was born. A recyclable, single-use strainer that could be used to strain anything from pasta to produce. A convenient alternative to traditional strainers that are difficult to clean and inconvenient to store. An idea just crazy enough to work.

Once a unique name was decided upon and a prototype was designed, M2’s Design Team was tasked with transforming a plain, disposable strainer into a work of art. Sure, it was functional and convenient – but why stop there? Our goal was to create a strainer and box so gorgeously designed that users could hardly bear to toss them in the recycling bin.

We’re pretty sure we nailed it. 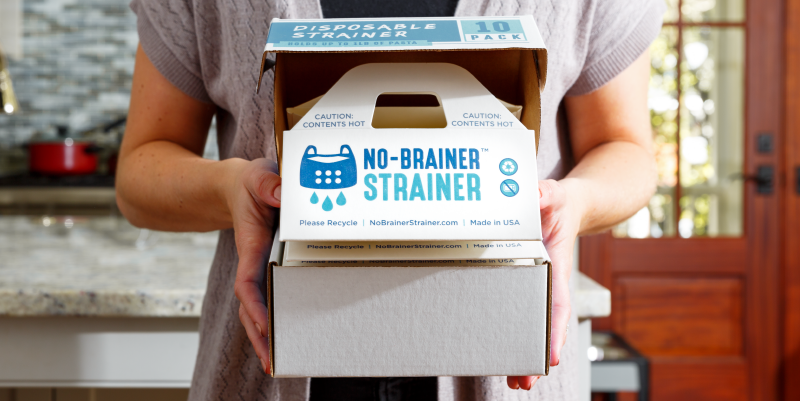 After exhaustive testing (and many, MANY pounds of pasta), the final product was ready to be manufactured in bulk. We anxiously awaited its arrival and by the time the No-Brainer Strainer showed up on our doorstep, we’d scheduled a day to capture the footage and photos we’d need for its debut. Our shot list included the No-Brainer Strainer in use, holding spaghetti, berries, veggies, beans and meat. And no, we didn’t let all that food go to waste. Here’s a few photos of our team behind the scenes! 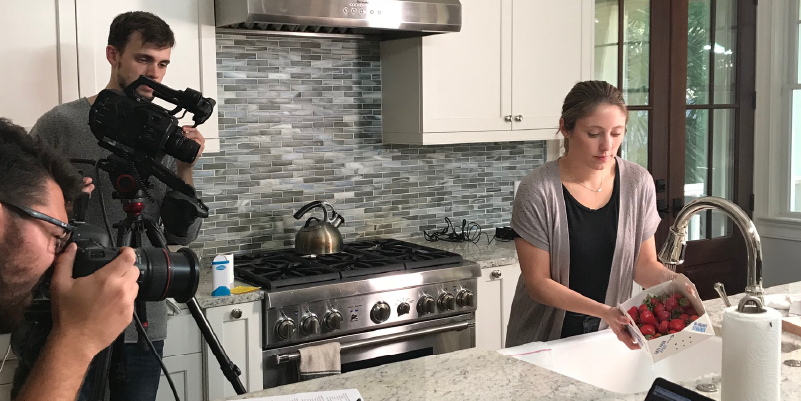 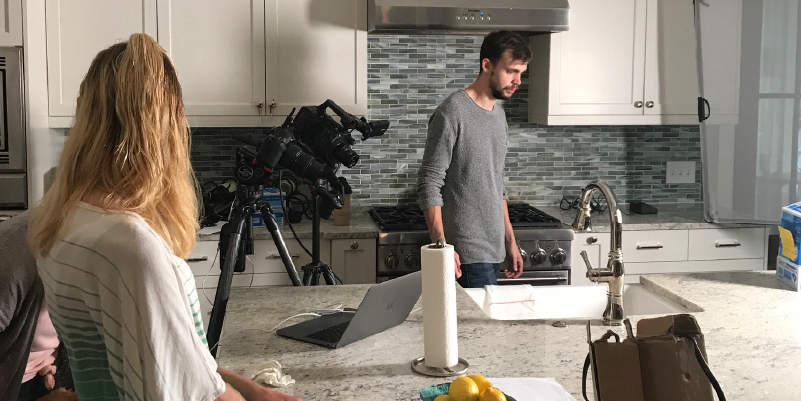 We’re excited to announce that the No-Brainer Strainer is now officially for sale on Amazon! Check it out here or visit the website to learn more about the best strainer on the scene!