As his month of World’s Best Person comes to an end, we celebrate Jose Amaya – Our April World’s Best Person (of the month). Jose has been a mainstay nominee and could, frankly, win every month coasting on his talent alone. Lucky for us, he’s not a one-trick pony. Jose is a master of motion graphics, a pro at post-production, a wizard of video and sound & probably one of the hardest working people you’ve ever met.

Let’s celebrate his win – M2 style – by pestering him with obnoxious questions. 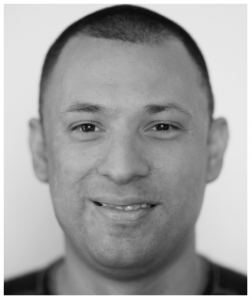 Q: What Summer Blockbuster are you most looking forward to seeing in the theater?

I was really looking forward to Jungle Book and wasn’t disappointed. Its crazy how real computer generated imagery is becoming and how accessible this technology is becoming. I’m a bit obsessed.

Q: If you could buy one singular item right this second and cost were not an issue, what would you buy and why?

Probably a Tesla Model S. I’ve always been a car enthusiast and I believe Tesla will eventually change the automotive industry. I’d like to be part of that.

Q: If you could flip a switch and wipe the music of one band from the earth forever, who would it be?

Pixar, but only because they are associated with Disney, and there is no better story than a Disney story. From a technical standpoint they both produce great images.

Q: What is your go-to adult beverage?

Prohibition’s Old-Fashioned. Hands down one of the best old-fashinoneds I’ve had. Ask for their house bacon maple bourbon.