Every month at Motivated Marketing, we collect nominations for the World’s Best Person. The winner gets bragging rights and a really sweet trophy to display on their desk all month long. 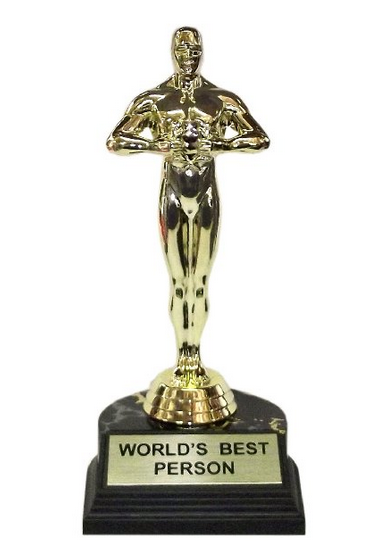 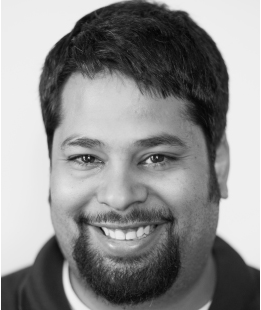 This month our uber talented web developer, Shaun Otherson, won by a landslide. We decided to take the opportunity to ask Shaun some pretty hard hitting questions about life. Here’s what we learned:

1. What is the funniest thing you’ve ever heard a child say?
When I was about five my father took me to the opera. The opera singer playing the lead part was a fat guy (like most opera singers). He was laying on the ground in a jail cell singing a sad song and I asked my father what was wrong with him. My dad said, “He is in jail and he is starving.” Right when the music was quiet, I replied “But dad that guy is really fat! How could he be starving?” He said we rushed out of there so fast because he could barely hold in his laughter.

2. What single piece of technology could you not live without?
Im a geek- can I say them all? A computer, I guess if I had to pick one. Because it allows me to have a career.

3. What part of pop-culture do you wish would just go away?
The entire E channel and all the people associated with it. MTV is a very close second.

4. Is there anyone throughout history that you really admire?
FDR. He was the greatest president in my opinion. He created the New Deal that got us out of the Great Depression and brought us through the worst war in human history. His greatest quote- “We have nothing to fear, but fear itself.” How awesome is that?! Also, he was the only president to EVER get voted into office for four consecutive terms. Plus, he did all of this with a crippling disease that took his ability to walk and would eventually kill him.

There you have it folks! Shaun Otherson, Motivated’s August WBP! Congrats, Shaun!

Now, go watch some Keeping Up with the Kardashians, you’ve earned it.