World’s Best Person: To Creativity and Beyond!

Each month, the M2 crew nominates a candidate to be named World’s Best Person. Yes, there’s a trophy. And yes, nominations in the form of raps and song lyrics are highly encouraged. With a team this talented, though, choosing one person to nominate is more challenging than finding words that rhyme with awesome.

But one member of our team really made an impression this month. After spending many months in “The Bunker” with the Creative Team, the trophy is finally making its way back upstairs … 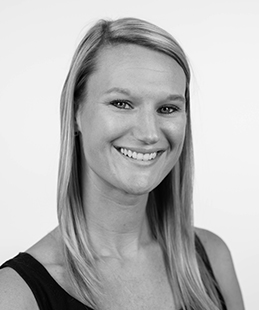 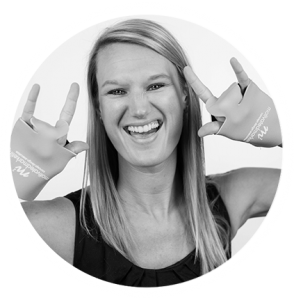 Congratulations to Allie Grice for being named World’s Best Person! If you haven’t met our award-winning, rock star Account Supervisor, you’re seriously missing out. We pride ourselves on thinking out of the box at M2, so we shunned formality and tossed the cliché, interview-type questions aside. Here’s what you really should know about July’s World’s Best Person:

Q: If you could have any superpower, what would it be?

A: Definitely flying. Flights are expensive and I absolutely love traveling!

Q: How old is the oldest pair of shoes in your closet?

Q: What fad or trend do you hope comes back?

A: Fanny packs. I hate carrying a purse when I go out because all I really need is my phone, credit card, ID and chapstick. Fanny packs are the perfect solution!

Just in case you’ve been out of the loop (or on Mars), now is your chance to get caught up on the past months’ WBPs! Our clients can tell you that the earthlings here at M2 have been hard at work, but we’re pretty proud of our accomplishments outside of the office, too.

We asked previous WBPs about their non-M2-related claims to fame, and we think you’ll be equally impressed.

“Mine is more of a personal achievement. I went diving in the Great Barrier Reef in Cairns, Australia.” – Ben Gilbert (November WBP)

“They filmed most of The Patriot in my home town of Rock Hill, SC. Also known as ‘Rock Thrill.’” – Anna Greeley (January WBP)

“I’m an organizational momma who keeps my house of six kids running in order – instead of running off the rails.” – Jillian Fix (February WBP)

“I was on Slime Time Live, the Nickelodeon game show, as a kid. Our team got runner-up, which of course meant we had about 20 gallons on green slime dumped on our heads … which I was totally okay with because it had always been a dream of mine. ”– Mark Moughamian (April WBP)

“You might not be able to tell from looking at me on a typical day in the office, but I was known as the go-to, makeshift makeup artist in high school. All my friends came to me before proms, weddings, functions, you name it.” – Taylor Phipps (May WBP)

“When I was working as a meteorologist, I got the opportunity to fly with the Hurricane Hunters. We flew through Tropical Storm Arthur (almost a Category 1 hurricane), and after returning, the anchors for the evening newscasts referred to me as the Hurricane Huntress on air for weeks. I loved every minute of it.” –Megan Hodge (June WBP)

Unfortunately, world domination isn’t a fringe benefit of the coveted World’s Best Person title, but we’re talking with management (and the Justice League ) to see if that can be arranged. Stay tuned.

And keep an eye out for our next World’s Best Person post!